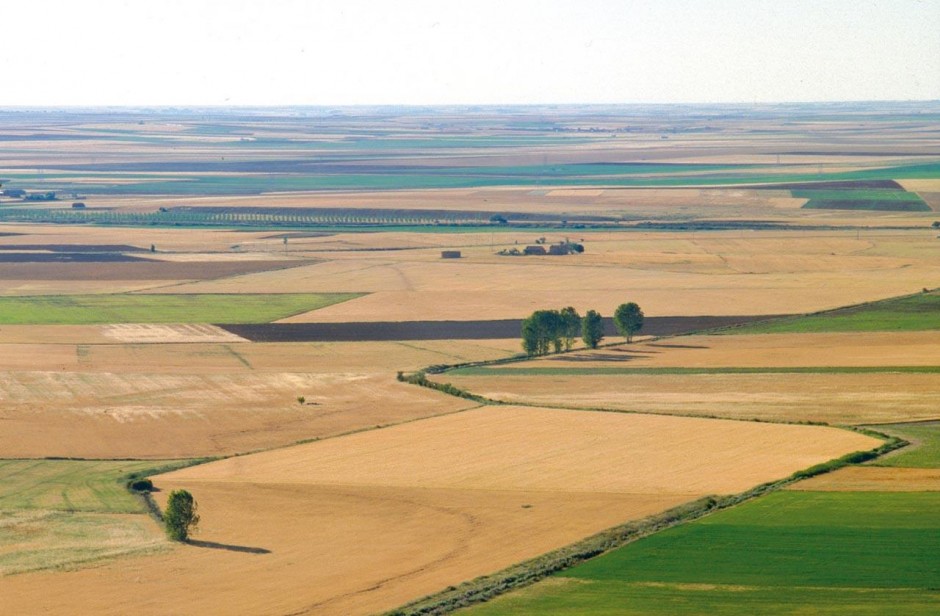 Castilian landscape par excellence whose most significant characteristic is its flatness and horizon broken only by hills and mountains. Begin at Medina de Rioseco, heart of the Tierra de Campos region, with its magnificent historical-artistic ensemble and continue through villages such as Cuenca de Campos, Villalón de Campos, Mayorga and Tordehumos, which offer magnificent examples of Mudejar artwork and traditional architecture with houses made of adobe bricks and walls, many with porches with columns of wood or stone.

To the south of the Tierra de Campos region, this area is dedicated to shepherd-farming and dry farming. Its land is marked out with fortresses and castles that were built on small hills. There are small, compact villages with houses made of adobe and stone, large vineyards and smooth slopes. Worthy of a visit are villages such as Cigales, Fuensaldaña, La Santa Espina, Urueña, San Cebrian de Mazote, La Mota del Marqués, Torrelobaton and Wamba together with their endless palaces, castles and churches that are Romanesque, Mozarab, Gothic, Baroque, Neoclassical or Renaissance in style.

Savour history on the Columbine Route

At the beginning of the Modern Age, Valladolid became the political-administrative centre of the kingdom of Castilla-León and its influence reached beyond its own boundaries. It was the seat of the Council of the Indies and was the venue for the meetings of the Courts, the establishment of the Chancery, the wedding of the Catholic Monarchs and the death of Christopher Columbus. The route includes the Palace of Los Viveros, of Gothic-Mudejar design, the Royal Chancery, currently the Reina Sofia University Library, the Convents of the Barefoot Carmelites and the Order of St. Clare, the Monastery of Los Huelgas Reales and next to it, the church of La Magdalena in Calle Colón. In the same street stands the House Museum of Columbus, where tradition places Columbus’s death in 1506. The route ends in the College of Santa Cruz.